Arno Bruil is the man behind Descendeur, and 'Shoker Necklace' his first record. He is also part of France Sauvage and Femme. On the format of doom, as someone once described 10" records, he has five tracks, spanning twenty-two minutes and they are all rhythm heavy. Deep bass, loud rhythm, piercing synths; 'play as loud as possible', Warm says, and for once that is a good notion. It works better at high volume, I agree. Bruil also adds vocals to the pieces and words are by Albert DeSalvo, Jeffrey Dahmer, Aileen Wuornos and David Berkowitz, quite a bunch of idiots (at which point I'd say, Google these loons in your own time) but no doubt fitting the harsh, cold clinical music quite well. Perhaps its all a bit too grim for my taste, certainly with those fine lyricists, and I could call this dark wave (or even gothic) but then the weather is grey and no doubt there is something to complain about on this wet Wednesday afternoon in January (of course I should have written this on Blue Monday, but I didn't). There is not much more to say about it. Great hard stuff... Rocking and beating. I'd say a killer but that is probably inappropriate. 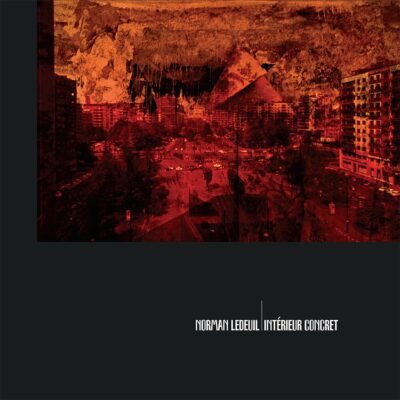